One of my most popular blog posts this time last year was 6 Garden Failures and What I’ll Change Next Year. I suppose I’m not the only one with garden failures!

We all have idealistic visions of how our garden will grow and develop, and we don’t prepare for the challenges and subsequent failures that arise. We might get so frustrated, in fact, that we decide to give up. I’ve been there. But I’m so glad I didn’t walk away, even in the hardest of seasons.

If your season has had its share of failures, this week’s podcast episode will spark hope. I take those same six garden failures I wrote about last year and talk about how I overcame them this year. The result? I had a much more successful garden this year because of the steps I took and the lessons I learned after last season.

Maybe you’ll identify with a few of these failures yourself, or perhaps your failures looked different. The point is, the best way to garden is to accept the failures, learn from them, and grow a better garden next year because of them (not in spite of them).

Failure #1: Trying Too Many New Crops

Last year I tried several new varieties of plants: alpine strawberries, Amish paste tomatoes, melon pears, red beans, and two different types of peppers. Out of those trials, Amish Paste ended up being the only one that worked out well for us. It’s fun to try new crops, but trying too many can put a strain on your garden space and you can end up frustrated and overwhelmed when they don’t all work out.

This year, I focused on what I knew I wanted — basic crops I like to grow and are the most useful for my canning and preserving purposes. This included corn, beans, okra, black-eyed peas, tomatoes, squash, and peppers. I still tried new crops but only in small amounts, which allowed me to count on the bulk of my harvest coming from my most dependable crops.

Despite my good intentions, I did not mulch thickly enough, and the weeds in my garden grew out of control.

This year, we bought a truckload of wood chips from a local lumber mill, and I spread it on rather thickly, about a four-inch layer. That area stayed tidy all season for the most part.

But since I have a large garden space (about 3500 square feet), there was an area of the garden where we weren’t able to cover completely. In that area I spread a large black tarp over the soil to pre-sprout the weeds in that area. The heat warms the soil but the black tarp blocks light, preventing the survival of those sprouts.

In that area, I planted corn, and although weeds ended up growing a bit, the corn did not have to compete because the corn had a jump-start.

I also planted the rows of the corn far enough apart where just a few hours and my Rogue Hoe allowed me to clear the area pretty quickly.

(UPDATE: The following season, 2018, we bought two loads of mulch, which covered the entire garden. This was a much better year for weed suppression!)

Failure #3: Planting Too Close to Trees

Although the pine trees on my property grow about 15-20 feet away from my garden, their roots extended into part of my garden space. In that space, the vegetables did not grow well, most likely because the tree roots hogged the water resources.

This season, I allowed myself more margin and planted further away from those roots.

UPDATE: For the 2018 season, I added raised beds on that area so I did not have wasted space, and those raised beds produced the best crop of tomatoes I’ve ever had!

With the three sisters garden, you plant corn, beans, and squash in the same space. Ideally, the pole beans grow around the corn (providing structure for the corn) and the squash suppresses weeds around the whole planting.

For some reason, this just didn’t work for me. The beans did not produce well at all, and the summer storms knocked over the corn anyway. And, because the squash vine borer strikes early in my garden, they did not take off.

This year, I planted all three crops, just not together. My corn had an area, my beans grew on the A-frame trellis, and I planted my squash and zucchini in late summer to avoid the squash vine borer. This worked much better for me.

We had a very wet spring, and with a rainy season, the ripe strawberries sitting on the saturated wood chip mulch rotted at a higher rate.

This season, I utilized a mulch that didn’t seem to hold that moisture as much as wood chips mulch did — pine needles. I used pine needles because I have an abundance of pine trees, but straw can be used successfully for the same purpose. I found using pine needles (or straw) prevented the wide scale rotting that occurred with my wood chip mulch.

Let’s call this failure what it is: a beginning gardener mistake. My mom taught me how to use the Florida Weave method to stake my tomatoes, and it worked great!


That is, until my ever-growing Amish Paste tomatoes completely outgrew the wood stakes.

What garden failures have you been able to overcome?

Are you a beginning gardener? 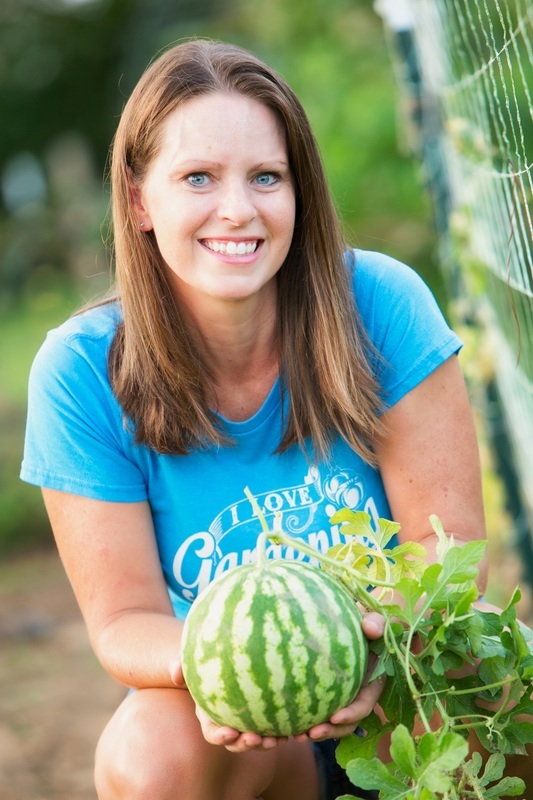 Get my BEST tips to plan and grow your garden! Plus, immediately access ALL my free downloads, such as

Enter your e-mail below and receive my "In the Garden Garden E-mail" on Fridays, periodic updates on garden resources relevant to you, and access to my bank of free garden downloads now!

Success! Now check your email to confirm your subscription, and you'll receive immediate access to your free downloads.

This week’s podcast interview was such fun to re

A new month = new weekly garden tasks! March is on

The only thing better than spending the day in the

I planted my Salanova lettuce in the garden today.

Today I took advantage of the sunshine (while snow

Just hang in there a few more days, lettuce babies